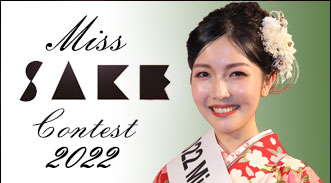 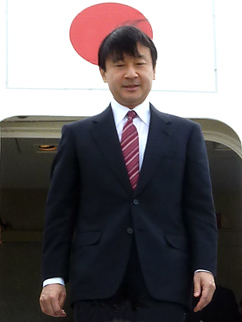 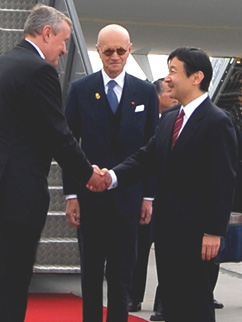 Hon. Consul General Leif Almo (founder of SakeTest.com) greets HIH Naruhito welcome to Sweden
His Imperial Highness Emperor Naruhito of Japan is the eldest son of the former HIH Emperor Akihito and Empress Michiko which makes him the new emperor of the Chrysanthemum Throne of Japan. HIH KÃ´taishi Naruhito ShinnÃ´ is born 23 February 1960

HIH Emperor of Japan and Masako Owada, a diplomat in the Japanese Foreign Ministry, were married On June 9, 1993, at the Imperial Shinto Hall in Tokyo. 800 invited guests and an estimated media audience of 500 million people around the world followed the marriage. Many of Europe's crowned heads attended but also most of Europe's heads of state. The coupleâs home is at the TÃ´gÃ» Palace, on the Akasaa Estate in Minato, Tokyo.


Visit in Stockholm
When HIH Naruhito was Crown Prince he visited Sweden on June 17, 2010 as he attended the wedding between Crown Princess Victoria and Prince Daniel Westling.

Crown Princess Masako remained in Tokyo to take care of the family.